Wynton Marsalis | Jazz at the Lincoln Center & Beyond

Wynton Marsalis is a world-renowned jazz trumpeter, musical educator and composer. He is the current artistic director of Jazz at the Lincoln Center, a division of the famed center that Marsalis helped to create. His connection to the jazz world and his own ability as a player mark him as an important personality in contemporary jazz. 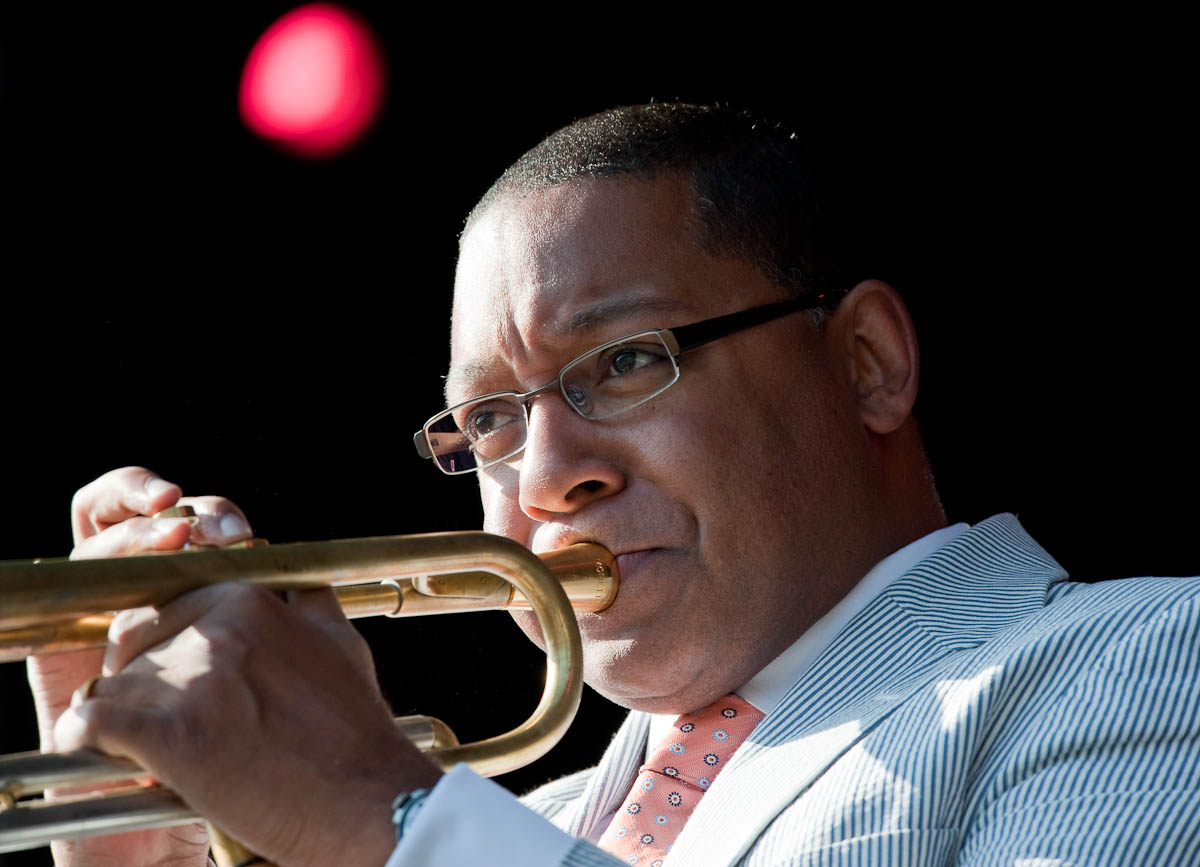 Looking back, there was little doubt that Wynton Marsalis would become a jazz musician. He was born in 1961 in the Kenner neighbourhood of New Orleans where his father, the notable jazz pianist Ellis Marsalis, Jr., named the boy after musician Wynton Kelly. The family raised three other jazz musicians other than Wynton: Branford, Jason & Delfeayo Marsalis.

At the age of six, while young Wynton schmoozed with the likes of Miles Davis, Clark Terry, and Al Hirt, Marsalis’s father declared it was about time he got his son a trumpet. Hirt gave the boy his trumpet as a gift. And so, at six years of age, Wynton Marsalis began blowing the horn.

In school, Marsalis studied classical music. At home, his father taught him jazz. This liberal music education provided the perfect background of technique and theory for virtuosic playing.

At 17, the Tanglewood’s Berkshire Music Center admitted him as their youngest student ever. And soon after that, in 1979, he moved to New York City to attend Julliard. It was there, in the big city, going to class and gigging in the scene, that Marsalis began to build his career.

His first inclination was a career in classical music, but once he began to tour Europe in Art Blakey’s the Jazz Messengers, he chose jazz. Blakey also helped mentor Marsalis, honing his showmanship and teaching him lessons in band-leading.

Blakey was the first to make a recording with Marsalis, and his success there led to a tour with Herbie Hancock, the result of which was a double LP.

Soon, Marsalis was a hot name in jazz. He signed with Columbia and released his self-titled debut album in 1982. The album features three original compositions by Marsalis.

He formed his own quintet — featuring his brother Branford — and recorded his first classical album, putting together a string of accomplishments in a matter of a few years. The quintet lineup didn’t last long, but was quickly followed with the formation of septet. Though the late eighties, he honed his writing style, taking heavy influence from Duke Ellington.

The nineties saw further success. In 1997, Marsalis released Blood on the Fields on Columbia, a three disc work commissioned by the Lincoln Center. It tells the tale of two Africans who are captured and sold into slavery in America. The magnum opus was the first jazz work to receive a Pulitzer Prize.

This accomplishment is around the same time that he was crafting live broadcast events for public television and pursuing a notable classical music career as well.

The period saw a gargantuan number of releases. In 1999, Marsalis released eight records on top of a seven CD live recording. His creative energies were surging. The early noughties brought an interesting live collaboration with the great Willie Nelson.

For such a busy performer and writer, it is incredible to think that Marsalis also had time for cultural transformation. Starting in 1987, he was regularly programming jazz for the Lincoln Center. These were so successful that 1996 saw the opening of Jazz at the Lincoln Center, followed up eight years later with the Frederick P. Rose Hall — the first jazz institution.

Wynton Marsalis is not slowing down. He continues to perform, record, educate, and promote. His success as a youth came at a time when the old guard of jazz were exiting the stage, and his rise led to a “Young Lions” movement of new stars. His efforts in jazz cultural cultivation and musical education continue to build new young lions, now with the elder Marsalis as their champion.